Sparks Nicholas, A Walk to remeber

The last person Landon thought he would fall for was Jamie Sullivan, daughter of the town's Baptist minister. A quiet girl, Jamie seemed content living in a world apart from the other teens. She took care of her widowed father, rescued hurt animals and volunteered at the local orphanage.

Landon would never have dreamed of asking her out, but a twist of fate threw them together when he found himself without a partner for the school dance. In the months that followed, Landon discovered truths that most people take a lifetime to learn - about the joy of giving, the pain of loss and, most of all, the transforming nature of love. Being with Jamie would show him the depths of the human heart and lead him to a decision so stunning it would send him irrevocably on the road to manhood . . . 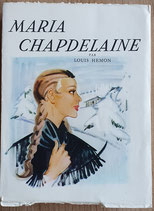 The scar on Rhoda Gradwyn's face was to be the death of her . . .

When the notorious investigative journalist, Rhoda Gradwyn, books into Mr Chandler-Powell's private clinic in Dorset for the removal of a disfiguring and long-standing scar, she has every prospect of a successful operation and the beginning of a new life. But the Manor holds a secret and deadly enemy. While she lies drowsily recovering from the anaesthetic a white-shrouded figure stealthily enters her bedroom and within minutes Rhoda is dead.

Dalgliesh and his team, called in to investigate the murder, and later a second equally horrific death, find themselves confronted with problems even more complicated than the question of innocence or guilt.

An almost perfect crime - haunting, puzzling, brilliant and indeed a most beautiful mystery

Hidden deep in the wilderness are the cloisters of two dozen monks - men of prayer and music, famous the world over for their glorious voices.
A murder . . .
But a brutal death throws the monastery doors open to the world. And through them walks the only man who can shine light upon the dark deeds within: Chief Inspector Armand Gamache.

Who among the brothers has become an angel of death? As the peace of the monastery crumbles around him, Gamache finds clues in the divine, the human, and the cracks in between.

In the astonishing new novel by the author of the bestsellers The Robber Bride, Cat's Eye, and The Handmaid's Tale, Margaret Atwood takes us back in time and into the life and mind of one of the most enigmatic and notorious women of the nineteenth century. Grace Marks has been convicted for her involvement in the vicious murders of her employer, the wealthy Thomas Kinnear, and of Nancy Montgomery, his housekeeper and mistress. Some believe Grace is innocent; others think her evil or insane. Now serving a life sentence after a stint in Toronto's lunatic asylum, Grace herself claims to have no memory of the murders.

Dr. Simon Jordan, an up-and-coming expert in the burgeoning field of mental illness, is engaged by a group of reformers and spiritualists who seek a pardon for Grace. He listens to her story, from her family's difficult passage out of Ireland into Canada, to her time as a maid in Thomas Kinnear's household. As he brings Grace closer and closer to the day she cannot remember, he hears of the turbulent relationship between Kinnear and Nancy Montgomery, and of the alarming behavior of Grace's fellow servant, James McDermott. Jordan is drawn to Grace, but he is also baffled by her. What will he find in attempting to unlock her memories? Is Grace a female fiend, a bloodthirsty femme fatale? Or is she a victim of circumstances?

Alias Grace is a beautifully crafted work of the imagination that reclaims a profoundly mysterious and disturbing story from the past century. With compassion, an unsentimental lyricism, and her customary narrative virtuosity, Margaret Atwood mines the often convoluted relationships between men and women, and between the affluent and those without position. The result is her most captivating, disturbing, and ultimately satisfying work since The Handmaid's Tale--in short, vintage Atwood.